shopping_cart
arrow_back Back to Shop 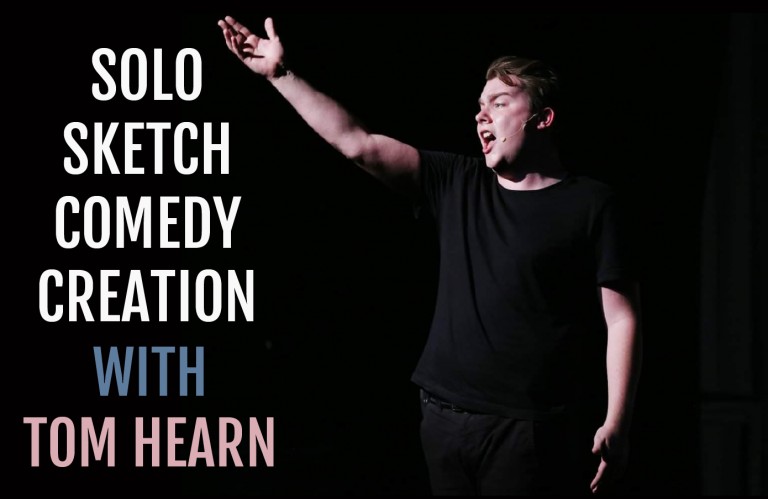 During this time of isolation, Solo Sketch Comedy is an outlet for all of your creative juices. As a Solo Sketch Comedian you are the Writer, Actor, Wig Specialist, Tech Wizard and MUCH MUCH MORE. At the end of Solo Sketch Comedy Creation you’ll walk away with polished characters and sketches (there will be weekly homework!) and have the tools to further develop solo content!

Experience: Some sketch comedy experience is preferred but not required.

The course price is $100 (+HST). We have two free spots for applicants of our Inclusion Scholarship, prioritized for Black and Indigenous students (the deadline to apply is Monday, July 27 at 11:59pm — recipients will be notified by the end of the week).

This course will be run online using Zoom. We recommend downloading the program in advance: https://zoom.us/download

Tom is a sketch comedian, improviser and producer currently living in Toronto. You can catch him in the hit improv show Hookup at Bad Dog Theatre Company, Sunday Night Live with The Sketchersons, or his sold out original hit Lipsynced The Show. He also created the queer sketch revue “A Sketch Comedy Extravaganza Eleganza” which was named one of the Top Five Comedy shows of 2018 by NOW Magazine and won the Canadian Comedy Award for Best Live Production. “A Sketch Comedy Extravaganza Eleganza” also played in OFF-JFL in Montreal after a successful run on the Second City Toronto Mainstage. He produces and plays in “Kinsey Fail”, Toronto’s only queer improv ensemble and the award winning touring sketch duo Tom & Erica. He has also been featured on Funny Or Die’s Best of the Web for his sketch “10/17”. He recently toured his 5-star reviewed solo show “SLANG” with multiple performances across Canada.

RECOMMENDATIONS:
1. You will need a laptop or desktop with reliable internet connection, and we recommend using headphones or earbuds.
2. If you’ve never used the software before, please have it downloaded in advance — we suggest trying it out with friends before the beginning of the course and/or logging onto the session at least 15 minutes early to work out any tech issues.

Only 1 left in stock